Aviation attorney and pilot expert, Arthur Alan Wolk, says that if Swissair’s simulator studies, which claim that the crew could not have descended from 33,000′ to land at Halifax in 70 miles, nor landed overweight on the more than 8,000′ of runway available are correct, Swissair needs to change its emergency procedures because that’s why this airplane crashed.

The MD-11, which operated as Swissair Flight 111, was nowhere near maximum takeoff weight at the time it left John F. Kennedy Airport with its relatively short 6-1/2 hour flight. The MD-11 has a range of over 8,000 miles and was making a flight of about half of that to Geneva. Therefore, its weight at the time of takeoff was more on the order of 500,000 pounds than the over 700,000 pounds for a maximum range flight.

At the time the crew first reported an urgent situation, approximately 70 miles from Halifax and at 33,000′, this airplane was only about 50,000 pounds above maximum landing weight, essentially a non-event for that model airplane. The runway requirement for maximum landing weight for an MD-11 is only 6,500′, leaving ample room for any excess distance required for the slight additional weight that Swissair 111 was at the time of the first urgent call to air traffic control. Swissair says in its simulator studies, the airplane could not have been stopped in 8,000′. That is impossible if the simulator was being operated properly, says Wolk.

Swissair also claims that the airplane could not have descended from 33,000′ in time to land at the airport. Wolk says that this statement is absolutely false. The emergency procedure that exists for the MD-11 would bring the airplane down from 33,000′ to sea level in less than 5 minutes, a descent rate that would be adequate even to land the airplane at Halifax if it started such a descent a 30 miles out, says Wolk.

Every U.S. MD-11 flight crew Wolk has spoken to has confirmed his opinion and calculations that there would have been no impediment whatsoever for the aircraft to have landed at Halifax in less than 10 minutes from the time the crew first reported smoke. Therefore, Swissair’s flight crew could very well have been a victim of Swissair’s own inadequate emergency procedures training, if Swissair is to be believed.

Investigators need to examine the emergency procedures established by Swissair in its procedures manual to see if adequate provision has been made for dealing with the very real emergency of smoke in the cockpit.

DEFECTIVE WIRING IS HIGH ON THE LIST OF POTENTIAL SOURCES OF THE SMOKE THAT BEFELL SWISSAIR 111
NTSB INVESTIGATION OF THE BOEING 737 TOOK LONGER THAN IT DID TO CONCEIVE, DESIGN, CERTIFY, PRODUCE AND FIELD THE AIRCRAFT 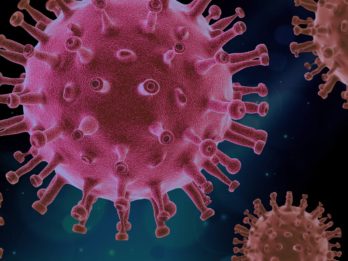