The crash of a Piper PA-32R-300 after the pilot, an Air Force Wing Commander, reported engine trouble is made doubly tragic by the jackals on the internet who criticize the airport selection for this emergency landing. Having suffered an engine problem in a jet fighter myself that resulted in a crash many years ago, I can speak with authority on the mindless commentaries that followed.

Let’s be blunt. Next to an inflight break-up, an engine failure is a pilot’s worst nightmare come true. It means that somewhere an emergency landing must be made, most often not on an airport. This pilot was on approach to the airport but the airplane crashed into trees that resulted in its destruction. It is a miracle that anyone survived and tragically the pilot’s daughter did not. The devastating physical and emotional impact of this tragedy cannot be overstated.

A look at the photograph of the wreckage reveals much. The propeller blades are straight and that means no power to the propeller. It confirms loss of engine power or engine failure as the cause of this accident. 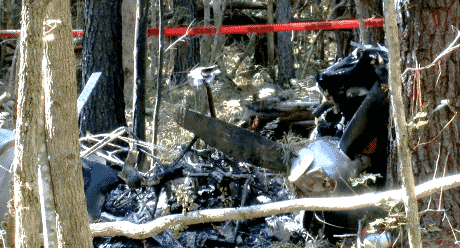 Chances of them coming up with the actual cause of power loss are nil.

Once the NTSB finishes with the wreckage it will be the job of air crash litigators, like The Wolk Law Firm, if engaged by the families of the victims, to find the real cause of this power loss.

Our condolences to the family of Madaline Thomey, along with our hope that her father, Colonel Deane Thomey, makes a rapid and full recovery. May her memory be a blessing.