There are about 1800 Pilatus PC-12 aircraft built and flying today. The aircraft is widely used by both passenger carrying private and commercial users but also for carrying high priority freight.

It is a big airplane, the size of a Beech King Air 200 but has only one engine, a generally reliable Pratt and Whitney PT-6 turboprop.

While easy to fly and now equipped with advanced flat screen avionics, the PC-12 like most other airplanes can be a handful to fly when things go bad.

Ninety-eight accidents or incidents for a turbine powered aircraft or 5% of the fleet is a lot. For the PC-12 that equates to 111 deaths, also a lot.

The first responders identified three debris fields which usually means in flight break-up. That is a rare but not unknown circumstance for the Pilatus. No airplane should break-up in flight and with an experienced pilot aboard it is even less plausible.

This accident together with 98 other accidents and non-fatal incidents means that either training is lacking, system reliability is lacking or structural integrity needs to be looked at.

Other Pilatus aircraft have demonstrated similar radar signatures including extremely rapid descents due to pitch or roll trim servo issues but that problem has been thought to be resolved in the newer airplanes.

Modern avionics have proved to be a Godsend to pilots because of the information they provide and modern flight control systems have proved to be very reliable but the failure of either can explain an unusual attitude that ends in a steep descent. This aircraft descended at over 7000 feet per-minute in the final dive to the ground.

The Wolk Law firm extends its condolences to the families of the vitcims who have suffered so much from this tragedy. May the memories of those who perished be a blessing.

Sadly, another critical engine failure on the left was the likely cause of a Beech Baron 58 crash killing an accomplished Army reservist and successful businessman.

The airplane crashed on takeoff and photographs from the scene clearly reveal the aircraft in a hard left bank while in the climb. 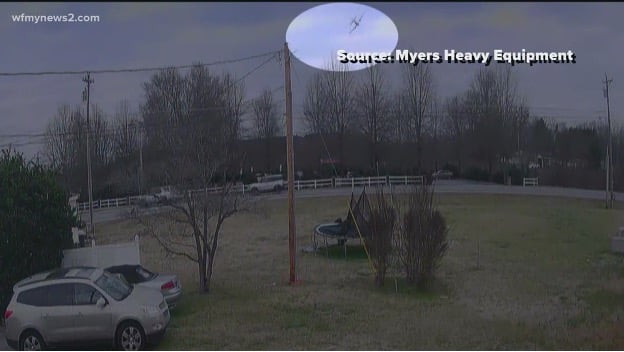 Baron 58s do not crash under these circumstances absent an engine failure. The weather was good, the pilot was trained and the airplane is easy to fly with one very notable exception. The Model 58 like most light twins will suddenly roll out of control if there is an engine failure especially on the left.

The mode of loss of control is called a VMC roll. The left engine is the most critical because of the direction the propellers turn. The airplane wants to turn sideways into the failed engine and quick action must be taken to counteract the sideslip and maintain speed above VMC, the minimum control airspeed with the critical engine inoperative and the aircraft in takeoff configuration.

I have 700 hours in the Baron having owed one and flown others. The Achilles heel of the Baron is its Continental IO-520 engines, trouble prone and unreliable.

Investigators will have to carefully inspect the remains of the engines to determine why power was lost, a task made difficult due to the extent of the fire damage. It can be done and The Wolk Law Firm has accomplished this successfully over the years even after the NTSB with Continental’s “help” hasn’t been able to do so.

To the family of Capt. Raymond Ackley, our condolences and may his memory be a blessing.