The latest Boeing 737 crash in China is very disturbing. This aircraft for no apparent reason entered a steep dive from altitude and crashed straight into the ground killing all 133 aboard. 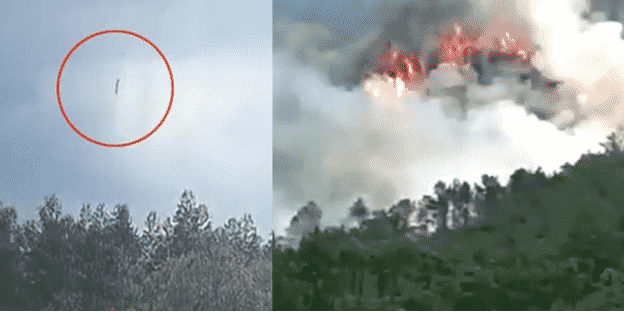 This is reminiscent of a number of other Boeing 737 accidents The Wolk Law Firm has investigated and litigated. The Boeing 737 all variants have suffered 83 crashes but in fairness it is the most numerous of any single airline model. However, the number of crashes or crashes per hundred million miles flown is not an accurate assessment of an airplane’s safety. The Boeing 737 has too many loss-of-control accidents due to control malfunctions and the consequences are always disastrous. Airplanes that dive straight into the ground due to design or mechanical flaws are unacceptable.

United 585 on approach to Colorado Springs rolled in while on approach and straight down killing 25.

USAir 427 did the same at Aliquippa Pennsylvania killing 133 people.

Another Silk Air 737 did the same years ago killing more than 100.

Another 737 did the same over Panama killing more than 120 people.

A Silk Air 737 Max did the same in Indonesia.

An Ethiopian Airlines 737 Max did the same and together with the Silk Air crash 346 people died.

In some of the other accidents the roll over into a dive was caused by a rudder hard over due to a defective rudder control. In the 737 Max instances, a defectively designed and built MCAS system allowed the horizontal stabilizer to move making pitch control impossible.

Every time, the manufacturer, Boeing, has blamed the pilots or some unheard-of weather phenomenon. It has been wrong each time.

While the 737-800 has different flight control systems than the other aircraft mentioned it does have an autopilot, a moveable horizontal stabilizer and a rudder control, all hydraulic and all subject to out of control malfunctions. Video purportedly of the moments before impact show what looks like a missile diving vertically into the ground. Such a maneuver with an intact airplane is almost impossible. This could only happen if the horizontal stabilizer is full nose down (front up) or beyond its pitch down limit and even then, if the airplane is all together, it is difficult to reach that degree of nose down absent a piece missing or a massive control malfunction.

The cockpit counter to an out of control horizontal stabilizer is to manually crank the pitch control over-ride wheel in the opposite direction, a feat requiring super-human strength when the airspeed builds up. The system needs a motor driven over-ride regardless of the cause of this accident.

The Wolk Law Firm knows more about 737 control malfunctions than any other law firm in the world as it was the source of the analysis and information that solved the rudder hard over cases.

The FAA, the agency that certified all the 737’s to this day has not admitted its responsibility for looking the other way with respect to the single rudder control in the legacy 737s and being totally and happily blindsided by Boeing’s failure to inform it of changes made to the MCAS system that made an out of control pitch event likely. In this instance the FAA, living up to its status as the most incompetent agency of Government, has done nothing as usual and has not asked airlines in the U.S. to check anything.

While foul play or maintenance error cannot be ruled out at this early juncture, even though Boeing 737s are the workhorse of the air transport industry, they crash too much straight down!

The Chinese grounded all their 800’s presumably until they can look at the flight data recorder and see what control caused this fatal dive. Hopefully they will be open about what they find even if it implicates Chinese maintenance, Chinese piloting, training or foul play.

One of the propeller blades was thrown free of the wreckage and is straight with no bends curls. Curls like a pretzel always occur when the engine is running at impact. Video of the crash reveals signs of engine power then interruption and then power. The propeller blade image is reproduced here. The blade is almost pristine confirming no power at impact.

The intense fire confirms there was plenty of fuel aboard.

The aircraft had just completed training maneuvers as confirmed by the FlightAware tracks below. It appears that the aircraft’s owner Brian Filippini was training for a commercial pilots’ license, as he was already a licensed private pilot, when the aircraft went down with his flight instructor Alfred Piranian. 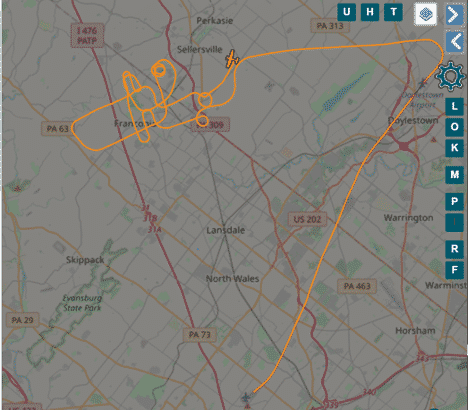 Other than engine failure and inadvertent spin nothing explains the dynamics of this crash. The video shows the aircraft in a steep dive and maybe even a spin or just about a recovery from a spin before impacting the ground at high speed.

I owned a Beech Bonanza and flew it for five years accumulating more than 700 hours as pilot-in-command. I had nothing but trouble with the engine. Engine failure or loss of power in this model is no surprise to me.

This airplane a Be33 was a 285-horsepower version of the straight tail Debonair only later called a Bonanza not to be confused with the V-Tail versions. For two years, this aircraft was certified in the aerobatic category but the accident airplane was not an aerobatic certified airplane.

Review of the maintenance history however revealed several modifications that may have adversely affected the stall and spin recovery ability of this aircraft. The first was a wing tip mod that came out to accommodate strobe lights. The second was the introduction of a 100 lb. T.K.S. modification.

The fluid tank and pumps were aft of the CG and outboard. The pendulum effect from such additional equipment, called the polar moment of inertia, could easily have aggravated the stall and exacerbated the spin and made it more difficult to recover. There was also the T.K.S. leading-edge modification that to some extent changed the airflow and stall characteristics.

What is most offensive about this model Beech aircraft and others Beech produced for decades is the manner in which it ran fuel lines across and below the cabin so that even a survivable crash landing becomes a conflagration. This is a clear violation of the regulations under which the F-33 Bonanza was certified, CAR 3, but of course the FAA has done nothing about it.

The aircraft had recent maintenance on its engine which will have to be investigated and a previous annual inspection. If T.K.S. changes the flight characteristics during flight the aircraft cannot be signed off as airworthy.

The Filippini and Piranian families have suffered a terrible tragedy. The NTSB will bring the aircraft manufacturer to the investigation as a party to the investigation. That long-ago discredited procedure will unlikely find the cause of this accident.

The Wolk Law Firm certainly will find the actual cause of this accident.

May the memories of those who have lost their lives be a blessing! 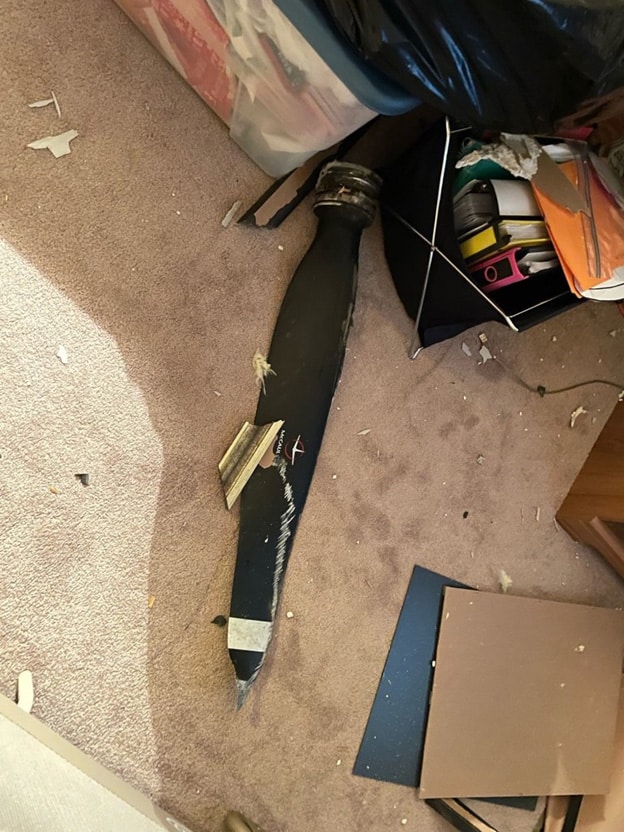