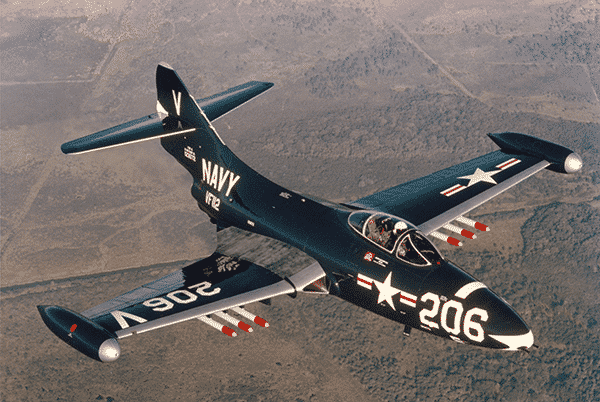 The Last of a Breed ,a decade of piloting the last flying Grumman Panther.  As the founding partner of the Wolk Law Firm, which specializes in aviation law and in improving air safety, his two great passions are woven together.  He was recently profiled in The Warbird Watcher, a website dedicated to sharing Warbird news and veterans stories.

Mr. Wolk’s involvement in the Warbird community began in 1984 with the purchase of a Korean War era Grumman F9F-2 Panther jet fighter.  He says, “I had been a pilot for many years and was interested in flying a Warbird…the Panther became available for sale due to the death of its owner and so I acquired (it)”.  At the time this was the only airworthy F9F Panther flying in the world. The aircraft was pieced together using airworthy parts from other F9F airframes in order to piece together one airworthy jet.